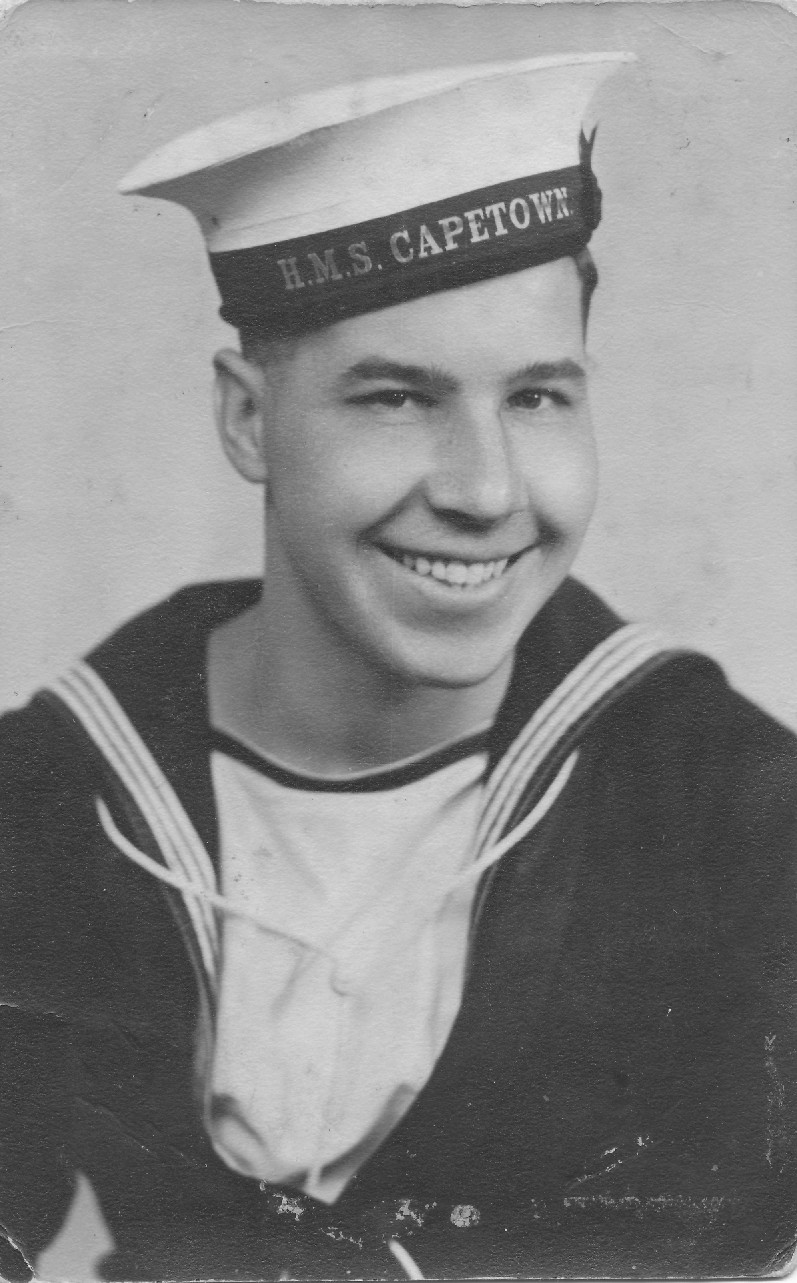 My Father – Sidney Collins (1920 – 1984) volunteered for naval service in 1940. Strange as he was a Brummie by birth and Birmingham is about as far from the sea as you can get. Following training as a Royal Navy AA gunner (Lewis/Oerlikons) he was assigned to serve with the recently formed Defensively Equipped Merchant Ships (DEMS).

Now on active service and with no special leave granted for such personal events Dad celebrated his 21st coming of age not at home among friends and family but whilst aboard the SS Karanja. I still have copies of the congratulation telegrams he got from his sister, mother and father. From August 1941 to December 1942 he served on the Convoy Rescue Ship, the SS COPELAND. The COPELAND sailed with 22 mainly Atlantic convoys but also 4 Arctic convoys including PQ18 in November 1942 when the Copeland was under the command of William (Bill) Hartley DSC. During the many aerial attacks the Copeland was credited with shooting down at least one enemy bomber and damaging two others. I’d like to think Dad played a significant part in that. The COPELAND also managed to rescue 205 survivors from sunken ships. I do remember dad telling me that although convoy destinations were meant to be secret most on board knew the destination beforehand and knowing what had happened to the previous Arctic convoy, PQ17 he made a will.

The return convoy from Russia, QP15 was his last with the Copeland. He then went on to serve on many other DEMS ships on at least 30 convoys and independent voyages as a gunner including sailings on Operation Husky, the invasion of Sicily, Special Military Service to Malta during September 1943 and Operation Neptune, the invasion of Normandy. During most of 1945 he was assigned to HMS Excellent, a gunnery training establishment in Portsmouth. Dad was finally released to shore in January 1946.

Like many others who served Dad rarely mentioned his time during WWII. He did though tell me about one trip when he saw a torpedo pass beneath a nearby tanker but as it had unloaded and high in the water it passed harmlessly under the hull. I think the awful memories of the scenes and horrors he witnessed particularly on PQ18 affected him deeply as when HMS Sheffield was sunk during the Falklands conflict he cried out and openly wept.