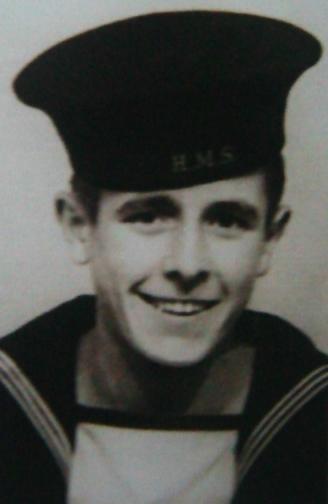 Stormy Fairweather was only 17 when he ended up on a first world war destroyer in the Arctic convoys.

“We were the lucky ones, our ship wasn’t sunk. A lot of them didn’t make it. But we had rough times. There was rough seas, snow, ice… in your hammock with ice banging off the side of the ship and there was only 3/8 of an inch of steel between you and the ice.”

“Any lad that went overboard or into the sea had a little hope of surviving. It was so cold the shock killed them.”

“There was a liberty ship in front of us, it got torpedeod. There were some Russians on board, they were being transported to England to pick up a ship and take back to Russia. The ship broke in half. One half was still afloat. Americans were jumping overboard. The Russians tried to stop them.”

Over the years, Stormy has been in contact with other survivors & veterans. Two of his friends Bill Short and Austin Byrne ended up in an open boat with some shipmates for 4 days in the Arctic. A Russian fishing boat eventually picked them up and took them to Russia. Bill lost both his legs from above the knee. (Bill passed away just 18 months ago [written November 2012] and Austin currently lives in Yorkshire).

“The Russians I’ve met are lovely. They treat us like heroes. The only one Russian woman I met in Russia during the war was wearing a big coat and carrying a bayonnette. She went “Нет! Нет!” (‘No! No!) and pointed her bayonette at me!”

“Overall they are lovely people. At reunions they’ve wined & dined us and invited us into their homes. They treat us like Heroes.”

“We were in dock in Dundee for three weeks and a couple of my shipmates & me were walking down the road.. four girls, women, stopped and started talking to us… ‘what are you doing tonight?’ .. they were having a wedding or a celebration.. ‘would you come?’.. so we became their partners for the wedding.. the 4 of them and the 4 of us. We did.. we’d a damn good evening! At the end we went to one of their houses, we slept on the floor .. next morning they gave us a damn good breakfast and sent us on our way.”

Stormy is now 86 and lives in Colchester.