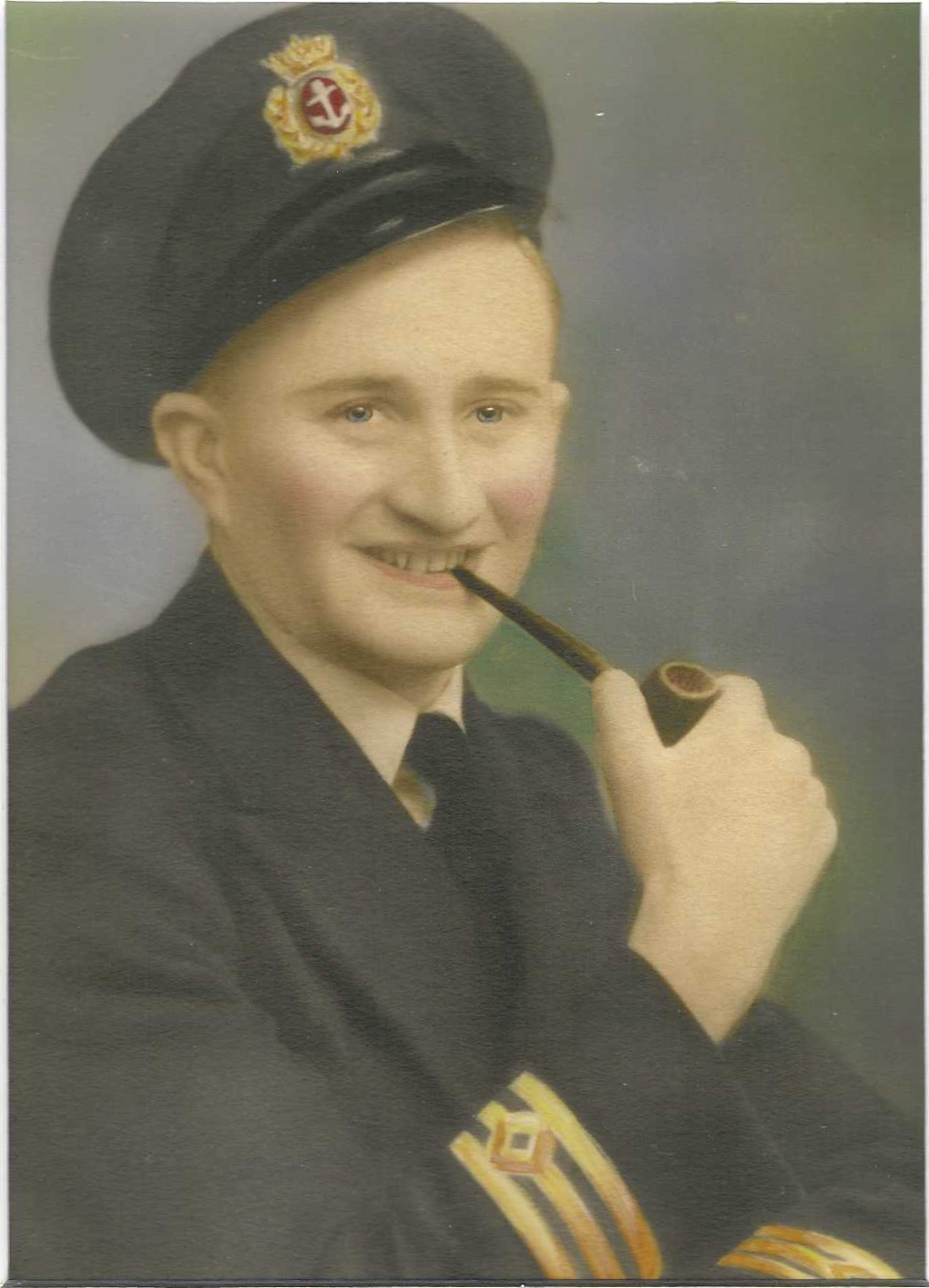 In 1939 my father-in-law, Thomas Albert (Tom) Hall joined the merchant navy. On his first voyage he went to Canada and, while there, the United Kingdom declared war on Germany. So began a
career that few experienced and none would ever want again. Throughout World War 2 Tom worked in ships across the Atlantic Ocean, dodging U-boats in the northern hemisphere and surface warships in the south.
Yet, of all his hair-raising experiences none could compare with the horrors of the Russian Arctic Convoys. Like many veterans, he did not speak glibly about the war but he spoke freely to those whom he thought were genuinely interested.

He told me how, during the 1930s, many people believed that the Russians had created a workers’s paradise. On a trip to Murmansk one February he was to find out how close to a paradise that really was. After spending a great deal of time on deck, wearing every item of clothing that he possessed, hacking away at the ice which formed on the deck, on rails, on rigging and all of the other exposed elements of the superstructure, he then had to cope with the fear of attack from the Kriegsmarine and Luftwaffe. When the ship finally docked and all of the cargo had been offloaded they had to wait until the rest of the convoy had discharged its cargo and prepare for the return trip which was no less hazardous than the outward voyage. During this time, groups of Russian women visited the dockside dressed in much the same way as the sailors on the ship, except that the women had sacks wrapped around their feet, tied with string, presumably because they had no shoes to wear. They were armed with long, wooden poles with metal cans nailed to the end. When the galley crew emptied the slop buckets over the side the women thrust their poles out to catch as much of the slops as they could, in order to take it home and feed their families. Tom said that any thoughts of a workers paradise were swept away after that experience.

On 6 June 1944, Tom was in The Solent, in a fuel tanker. After the initial armada had left for Normandy the fuel tankers followed and discharged their cargo at a safe harbour. In this case that was the fishing village of Port en Bessin, which was on the border of Gold beach and Omaha beach. There were no sophisticated facilities for discharging their cargo and each craft had to wait until the tide was right. They, then, ran the flat-bottomed craft aground on the sandy beach, connected a flexible hose to their tank and pumped the fuel ashore. Tom made around 18 return trips until PLUTO (the PipeLine Under The Ocean) was completed.

After the war, he stayed in the Merchant Navy and, in 1949 at the age of 28, he got his master’s ticket, the youngest person in his company’s fleet to do so.

Tom was born at Staithes on the North Yorkshire coast in 1921 and died in hospital in Whitby in 2004.

Attached is a photograph of Tom which, we believe, was taken in c.1949 just after he received his captain’s ticket.