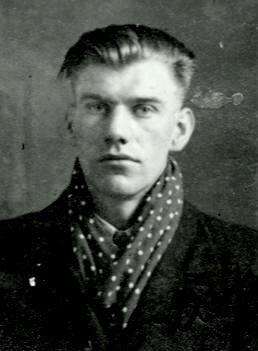 The S.S. Empire Cowper left the Tyne at the end of February 1942 with 26 year old AB Thomas Doneghan on board. During the war for security reasons the crew were not told their destination until the ship had left the piers. It was a seaman’s worst nightmare as the ship was going on convoy to Murmansk, with aircraft and 500 pound bombs for the Russian Front. On the way to Loch Ewe in Scotland where the convoy was assembling the ship encountered a huge gale and the hatches opened and the hatch beam speared the aircraft and bombs in the hold.

Convoy PQ 13 was a British Arctic convoy, which was to deliver war supplies from the Western Allies to the USSR during World War II, commanded by Commodore D.A. Casey. The convoy sailed from Loch Ewe in Scotland on 10 March 1942 but turned around and headed for sheltered waters as it was rumoured the German battleship Tirpitz was in the area with the convoy eventually arriving in Reykjavik on the 16 March 1942.

The convoy left Reykjavik on the 20 March, 1942 and was soon dispersed due to bad weather. It was then intercepted by U-boats and the German Narvik class destroyers Z24, Z25 and Z26. Six ships were lost in the convoy. The Germans sank 5 freighters, SS Raceland, Empire Ranger, Bateau Induna and Effingham with the loss of 125 lives though the whaler HMS Sulla was probably lost due to heavy icing with the loss of all crew. The German destroyer Z26 was sunk by HMS Trinidad which torpedoed herself during the battle due to the torpedo’s gyroscope freezing. They managed to get the engines going and the Trinidad raced to Murmansk. The convoy reached Murmansk on 31 March 1942 with temperatures reaching 40 degrees below freezing. On arrival at the Russian town of Murmansk the German Army were only 15 miles away over the hill. SS Empire Cowper berthed alongside a warehouse on the quay which was hit by a bomb and demolished. A bomb hit the SS Empire Cowper but only causing minor damage. German bombers sank the Empire Straight and New Westminster City in the harbour. The survivors of the New Westminster City were transferred to the Empire Cowper.

The Russian town had no ammunition and relied on the convoys to defend them. The people were starving; they queued for bread and had very little food. Around twelve hours after the convoy left Murmansk on 13th April 1942 the SS Empire Cowper was dive bombed by Luftwaffe Ju 88s. In the first attack, three bombs fell astern, doing no harm, but about twenty minutes later, two Ju88s planes returned and attacked with machine gun fire and bombs. The bombs caused the ship to catch fire. The pilots could be seen as they flew below the level of the aerial.

Due to the movement of the ship, the lifeboats were turning over, causing the crew to fall out. The engines were turn off, which steadied the ship and kept the lifeboats safe. The crew got into life rafts; thankfully it was calm seas but 19 men were missing with 49 rescued. After the crew abandoned ship, the ship received a direct hit and sank in the Barents Sea (71°01′N 36°00′E / 71.017°N 36°E).

The survivors were rescued by a trawler H.M.T. Paynter and HMS Blackheath. The trawler should only have held 14 crew, but carried over one hundred. Everyone had to sleep where they stood. The skipper of the trawler managed to get to Iceland, where they were transferred to the cruiser HMS Liverpool. They were taken ashore at Scapa Flow then by the ferry Thurso. The army on the quayside trained rifles on the crew as they arrived, saying they could have been spies. The crew went from there to Glasgow where the members of the Salvation Army would not serve them as they were not part of the “fighting force”. He then had to make his own way back to South Shields.