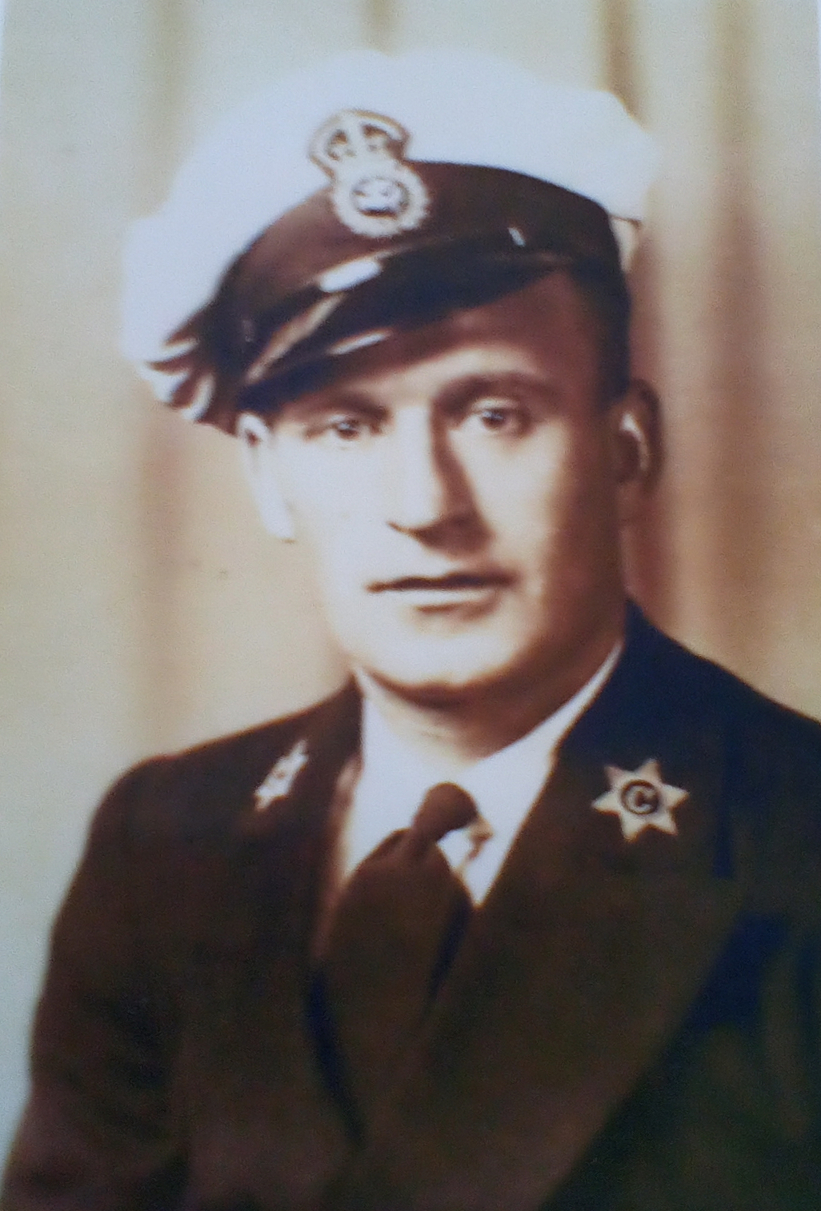 Aboard HMS Edinburgh.  – sunk by German u-boat  torpedoes in Kola Inlet outside Murmansk, carrying a cargo of Russian gold. This gold was in payment for equipment and supplies shipped across the  North Atlantic. Many years later when the story of the gold reclamation hit the headlines , I was contacted by the Edinburgh Survivors Association, based in Rhyl, North Wales and invited me to attend the next reunion. Soon after I was contacted by the chairman of the Plymouth section, to their next reunion. This was sometime in the 1980s continued every year until the Association was wound up in 2002. I was accompanied by my wife, my sister and brother in law. My sister was born in November 1942 so did not know her father.

The meetings were sad occasions yet revived my memories of living in Plymouth before the war until the blitz forced us to come home to Pontypool. At the reunions we met members of the Survivors Association who gave us numerous stories about dad and what on board the ship.   He “Dolly” was something of a hero to those who remember him.   Supplies aboard these TH ships was always in short supply yet dad could always rustle up an adequate meal from somewhere. Alas, all those survivors are no longer with us.   The last to die was Alan Higgins from South Wales.  Allan has written a book (Your in the navy now) and various articles during his life. He even visited Russia a few times giving talks to the children and their parents about the Russian Convoys. He was one of the members who received the Russian medal for the bravery of the British seamen. He was always greeted by the Russians as one of the many heroes of the British assistance. On his last visit  to Russia children sang to him and thanked him for saving Russia.

My dad was 36 when he died and my mother was widowed at 30yrs of age. When the ship sailed on her last voyage my mother and I waved goodbye to dad as he sailed from South Shields (we were living there for a while during Dad’s shore leave). That was the last we saw of him. His body lies beneath the waves off the coast of Russia.

1. Thomas Ivor Gray CPO (cook) HMS Edinburgh
2. Taken at a Survivors reunion in Plymouth. Front . Alan Higgins , author and boy as he was the youngest on board. Rear. George Nicholas. Son in law of Jack Newman, Dorothy Filer, John’s sister, Jack Newman P.O. (cook) HMS Edinburgh, Janet Nicholas ,Jack’s daughter, Carl Filer, Dorothy,s husband.
3. At reunion dinner in Plymouth, Masonic hall. John making a speech on presenting Arthur Start , survivor and Chairman of organisation (sorry I do not know his rank) with a scroll in recognition of all the years arranging the reunions.