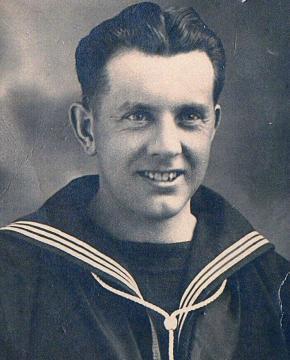 My father Thomas John Ramsey was on the Artic convoys and served on the Anguilla which sank the last U-boat off Murmansk. I have just received his Artic Star medal.

I believe he was a radar operator on board ship as he told of having to keep the radar signal clear so as they could detect the U-boats in the area. My family are so proud of him. He died in 2005 at the age of 94 and we have all his war records of his time in the merchant navy and would love to find out more of his life at sea.

I think he was also around Bermuda earlier and wonder if this is when the Anguilla was brought from the U.S. My son has also done a lot of research into my father’s records and is very interested in his naval history.