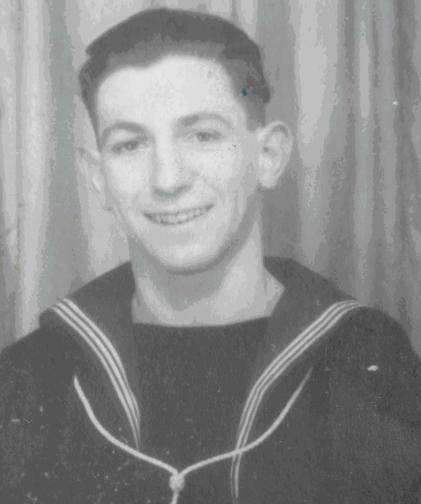 Billy Gaff, born in Cromer, Norfolk joined the Royal Navy in October 1943 as a volunteer aged 17.

He served on various ships including HMS Nairana, escort carrier on three Arctic convoys between August 1944 and May 1945.

Billy became an Able Seaman and as Radio Operator he used Radar. He was on duty in heavy seas when the Nairana pitched wildly and narrowly escaped as a torpedo passed safely under the vessel.

Billy had heard on the radio that a “tin fish” had been dropped and was heading towards them.

After these convoys to the Kola Inlet Billy continued for the duration on “Byms” to the Far East including Singapore and Ceylon (Sri Lanka). Suffering from prickly heat Billy resorted to standing on deck in the rain!

Billy spent his working life as a painter and decorator in Sheringham and enjoyed fishing from his skiff.