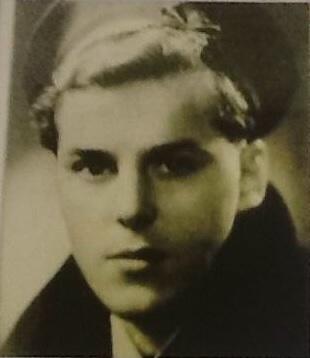 Bill came from a rough start in life and had never seen the sea until he joined the navy in 1941, at the age of 17. It was almost an exciting time as he ventured on to a tough new beginning. He first served on the HMS Raleigh but spent the majority of his sea life on the HMS Gleaner, a top-grade Halcyon-class minesweeper. It was on this ship that Bill experienced a very close call.

On the 25th August 1944, during her voyage of the 1st M/S Flotilla, the HMS Gleaner struck a mine and was damaged beyond operation. But ironically it was this mine that saved Bill’s life and the lives of everybody on board. If they were not forced to return to the UK for repairs, the HMS Gleaner would have been called upon for the sweeping of Le Havre. It was in this clearance that the catastrophic incident of friendly fire occurred, damaging six ships of the flotilla and killing hundreds. Bill has always recounted it as an extraordinarily lucky series of events that meant he was not one of the unfortunate victims.

Among the stories of the biting cold and the perilous journeys, Bill liked to regail a somewhat lighter side to his service. On one occasion, whilst he manned an on-board artillery gun in the dark early hours of the morning, Bill drifted off and accidentally fired the high-power weapon. Several shots fired off into the night and the alarms sounded, with all men rushing to their emergency stations. He always laughed when he thought back on this little indiscretion, but at the time his woken fellow seamen were not so amused and neither was he was when he received his punishment.

Bill’s longest service period was from the 12th August 1944 to the 5th March 1946 on the HMS Gleaner, particularly difficult as he was away from his new love Beryl Tilley, whom he referred to as his “rock”. When he returned home, Bill actually went on to marry Beryl and have 4 children (Mark, Tony, Nick and Sally), 8 grandchildren (Matthew, Jamie, Emma, Carla, Paul, Ben, Harriet and Christian), and 6 great grandchildren (Alex, Rosie, Poppy, William, Matthew and Lucy). To this day, his family still has the ageing love letters that Bill sent Beryl during the war. “There is a dance tonight but I will not look at any of the girls because I only have eyes for one”.

Despite being immensely proud of his time serving, Bill did not like to talk about his experiences until he reached his later years. It was here that he allowed his close family into the memories, both good and bad, of his time. When opening up Bill managed to get in contact with another fellow member of the Arctic Convoys, Harry from the HMS Bramble. A friend who helped Bill feel more comfortable when they spent long phone calls sharing their memories.

Bill died on the 28th August 2014 at the age of 88. He lived a very happy life and truly understood the value of family. His legacy will live on in his family and in the lives of the people who knew him.