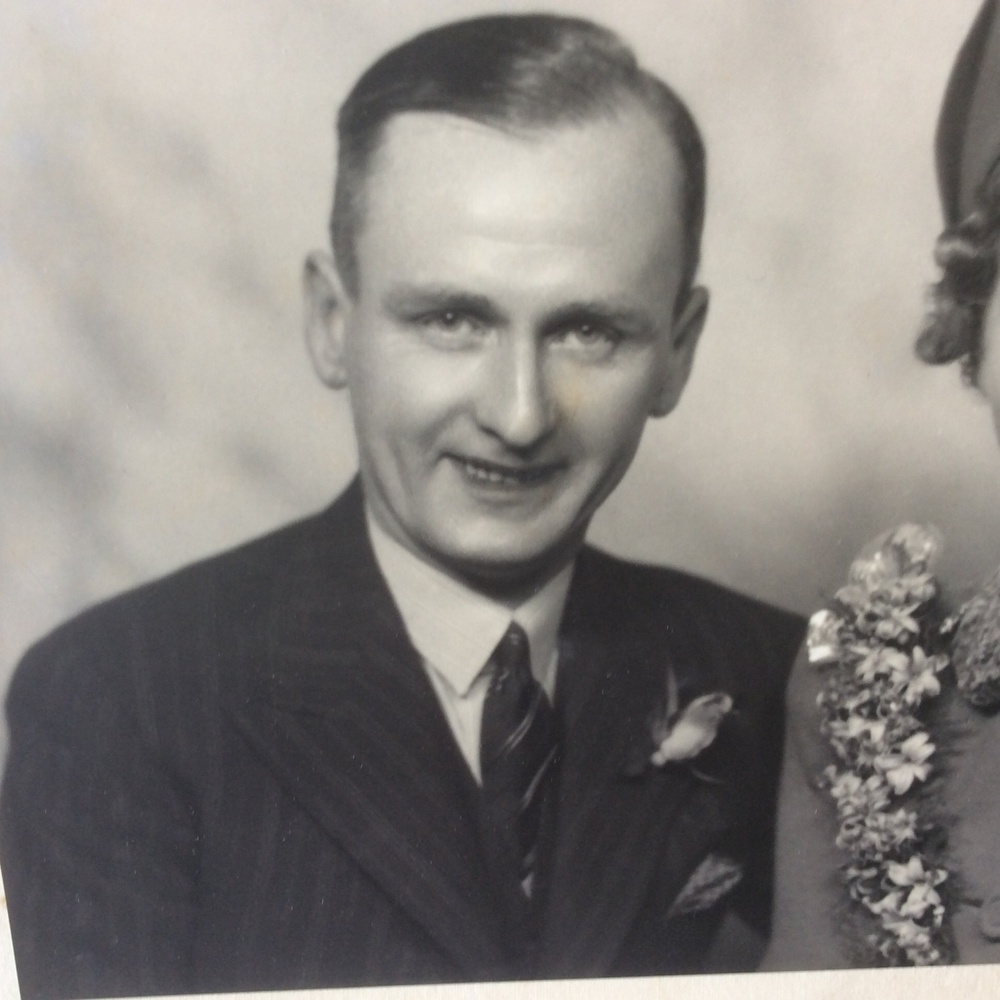 OUR DAD: By Aileen and John Ramsay

James Ramsay was born in Glasgow, Scotland on the 7th July, 1905 to John and Margaret Ramsay. He served an apprenticeship as a joiner/cabinetmaker in John Brown’s shipyard on the River Clyde.

He met Mary Buchan in Aberdeen and they were married on 20th April, 1940 in Glasgow. It was a small wedding as it was war time.

It is not known when he joined the Merchant Navy but we do know that he did transatlantic trips to Canada, Argentina and Sierra Leone transporting cargo, including food prior to 1942.

On the 27th June, 1942 he joined the Zaafaran in Reykjavik – she was in a convoy of 36 ships and part of PQ17. On the 4th July north of Bear Island the support ships (Royal Navy) were ordered to scatter. It seemed impossible that any merchant ship could escape and it was decided to head for Novaya Zemlya as being the only gesture in the direction of safety. Being a good Scot Dad had a bottle of whisky with him which he intended to save to take home but not wishing to lose it if they had to go over the side he killed it with some of the gunners!!! A single very determined plane dropped three bombs in perfect straddle. The middle bomb was a near miss on the starboard side amidships or else it struck under the waterline; after the shock of the explosion she sank within 4 mins. His left hand was badly gashed in the explosion, and he made for the boat deck and he along with another deck hand tried to lower the heavier boats. None of the lifeboats had ever been swung out before. He was ordered to look after himself and he ran forward and released a raft on the port side, which was immediately crowded so he crossed to the other side and went into the water. He swan to a raft which kept overturning (it was for ten men and there were more than twenty scrambling for places). Surprisingly the sea was quite warm – one of the quirks of the gulf stream. Along with other shipmates he managed to reach two rafts and scramble aboard. He was rescued by her sister ship the Zamalek and taken to Archangel in Russia. On counting heads it was found that luckily only one man had been lost – a gunner. Whether our mother was advised of his rescue we don’t know.

He was taken back to Loch Ewe on the Zamalek which was part of QP14 which left Archangel on the 13th September 1942. It was the most heavily defended convoy to make the return journey. Seemingly it had been the intention of a German admiral to target the convoy using ships assembled in Altenfjord. However the defence of Norway was more important to Hitler and he couldn’t risk losing the Tirpitz. He arrived in Scotland on the 26th September. What he did after that we don’t know. However we have obtained from records at Kew that he joined a ship called the Penestia on 27th October, 1942 and was discharged from her on the 2nd August, 1943. It seems he was finally discharged from the Merchant Navy on the 11th September, 1943. He had prior to that been asked to join the St. Sunniva which was an Aberdeen built ship and was requisitioned by the Admiralty in August, 1939. In 1942 she was converted to a rescue ship department from the River Clyde in 1943. Fortunately for us he refused to join her as she was lost with with all hands between the 21st and 22nd January, 1943. It was presumed she became encrusted in ice as she was on a transatlantic crossing.

His wartime experience is something he didn’t talk about very much as it had taken its toll on his health, i.e. his hearing was impaired because of shell fire. He settled in Aberdeen where I was born (daughter Aileen) in 1944 and my brother (John) in 1947. He became a self employed joiner and cabinetmaker until he was forced to give up because of ill health. He retired in June 1970 before his son was married the following month. However ten days after the wedding he took a stroke and only lived for another 11 months. He passed away on the 29th May, 1971 never seeing his grandson Alan who arrived in September of that year, but he did know there was a grandchild on the way.

However in 1968 Paul Lund and Harry Ludman were to publish a book about PQ17, the Survivors Story, and asked in national newspapers for contributions from survivors and their experiences. We persuaded him to detail his experience to the book which he did. The authors sent him a signed copy of the book when it was published.

We received the Artic Star when it was issued and fortunately our Mother was still with us then. In January 2014 we received the Artic Convoy medal from the British Government and then the Ushakov medal from the Russian Consulate in Edinburgh. In 2016 it was announced that an Artic Convoy tartan had been commissioned. It would only be given to veterans and would not go on sale to the general public. I contacted the Russian Consulate in Edinburgh (once all the presentations to living veterans had been made) asking if it was possible to purchase anything. My brother and I were invited to meet the Consulate and have tea. We were given an embossed bag which contained a tartan travelling rug, tie and scarf, a book about the living veterans telling their story, a hip flask, Russian tea cup and holder plus a specially commissioned bottle of 18 year old malt. There were only 200 commissioned.

We are very proud of our Dad’s war time experience and are therefore delighted to share his life history with everyone via the museum.

P.S. I returned from a cruise on the Marco Polo in early September where I visited Archangel and Murmansk and I met up with Harold Geach’s daughter (by accident) whose father was also on the Zaafaran so they would have both know each other. Small world!